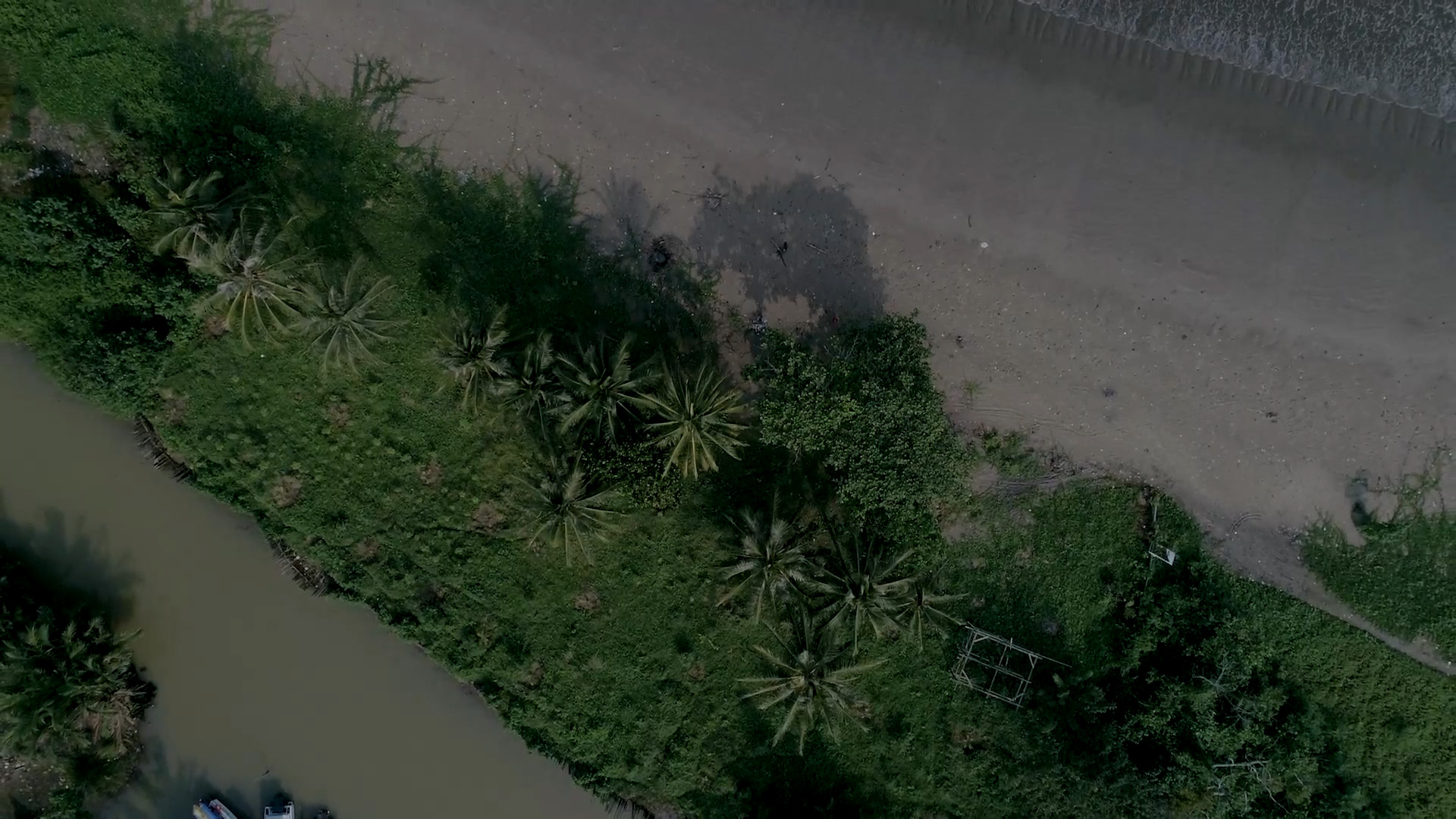 The Place of the Nomad

Some places in the world are also symbolic, mental spaces, telluric centers that mark the beginning and probable end of a culture, of a way of life; like an ouroboros, where the start and finish are so joined together that its physical and temporal markings nearly disappear. There are also some artists who know how to uncover the secrets and hidden callings of these spaces, who know how to delve into their mysteries and lead us, subtly and slowly, into them. In the world of film, we could talk about Robert Flaherty, Joris Ivens or Robert Gardner, as examples of this kind of demiurge of motion pictures. Here we will do it for Carlos Casas, who belongs to this same lineage: one of those pioneers of yesteryear who managed to approach the spaces of the physical and spiritual conquest, resistance (and transcendence) of human beings.

With Carlos Casas, the landscape is no longer just a landscape, and the human figure is no longer just a silhouette to be measured in the immensity. Landscape and figure; surroundings and body; the elements, shelter and living beings are one in harmonic collision. Taoist paintings where the human presence almost dissipates into the surroundings that, more than contain him, blend into him, with him, through him.

Much of his work opens or is interwoven with long, wide-angle panoramas that guide us through the bare landscapes of some of the most barren and remote places in the world. With this aesthetic decision, Casas induces us into a state of observation, of meditative concentration with which to summon us to take part in the slow rhythms of sturdy, solitary men. Each and every one of his choices (technical, creative, narrative, sound) carry a weight and intention that go far beyond mere readability or the aesthetics of the images. It is in observation itself that his hallmark as a filmmaker resides; an observation loaded with waiting, with symbols, with acting myths in contemporary incarnations: men who decide or take refuge in solitude in the wilderness, where fragility is forbidden under punishment of death.

That longing for the most extreme and forgotten regions of the world -and for the men inhabiting them-, has led Carlos Casas to travel the earth with his small camera and a handful of faithful collaborators. The work process so demands it, as does his way of understanding audiovisual art. Long stays in the chosen places; the need (and desire) to build up a close relationship with his characters; the productive and detailed prior study of the field, which also ends up being one of his most noteworthy and fruitful creative elements: the Fieldworks, where, often in very short pieces, we discover enigmas hidden underneath the very diverse layers of meaning found in the spaces, constructions or light and sound atmospheres of the place he has immersed himself in. It is from that immersion, and from the sensations and atmospheres that take possession of him during the experience, that the need arises for a transmission to the other. What for him was a revelation at the time must also become sensory and transcendental discovery for the viewer.

In fact, the entirety of his work is nourished and complemented with a multitude of approaches, formats and gazes on the same objects of desire. His films are shown throughout the world at exhibitions, museums, on multiscreen venues, as well as at the most ordinary movie theaters. Performances, live cinema, expanded image and/or live sound editing, all coexist in fertile naturalness with screenings at festivals and film exhibitions.

At DocumentaMadrid -and through its complementarity with Nave 0 at the MataderoMadrid and its curated series Depth of Field-, we will get the chance to see, for the first time in Spain, a broad perspective of the facets and artistic dimensions of Carlos Casas. Three screens on which a good part of his film work will be shown in communion - the three feature films that make up his End Trilogy-, together with his small format work, some of which are serialized according to the places where they were recorded or the concept through which they were devised; others, in their own right and in obvious relationship with the rest of his film work.

To this must be added the world premiere of his most recent sound work, Mutia, a double vinyl that Casas is bringing live and exclusively to DocumentaMadrid, where he collects and reworks much of the work and research materials for his next feature film, Cemetery, and that comes once again from out of his interest in designing multi-layered projects that shape and feed off each other.

We will also have a new performance of Avalanche, a site-specific project that has had different versions ever since beginning its journey in 2009. Once again, live cinema, created especially for DocumentaMadrid, where his unique style of observational film, sound improvisation and performative techniques give life to an experience that starts out from the most absolute solitude and ends up being a collective experiential practice. 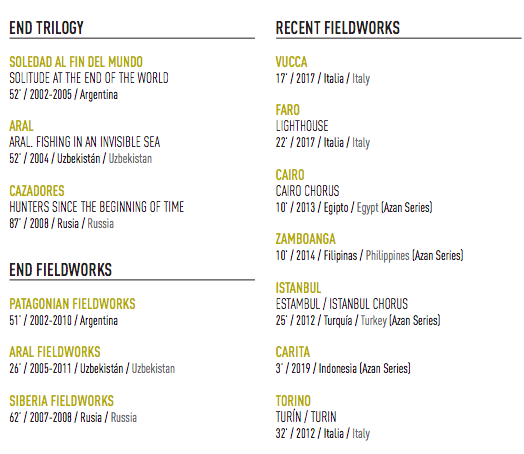 Hunters Since the Beginning of Time
87 2008
Carlos Casas