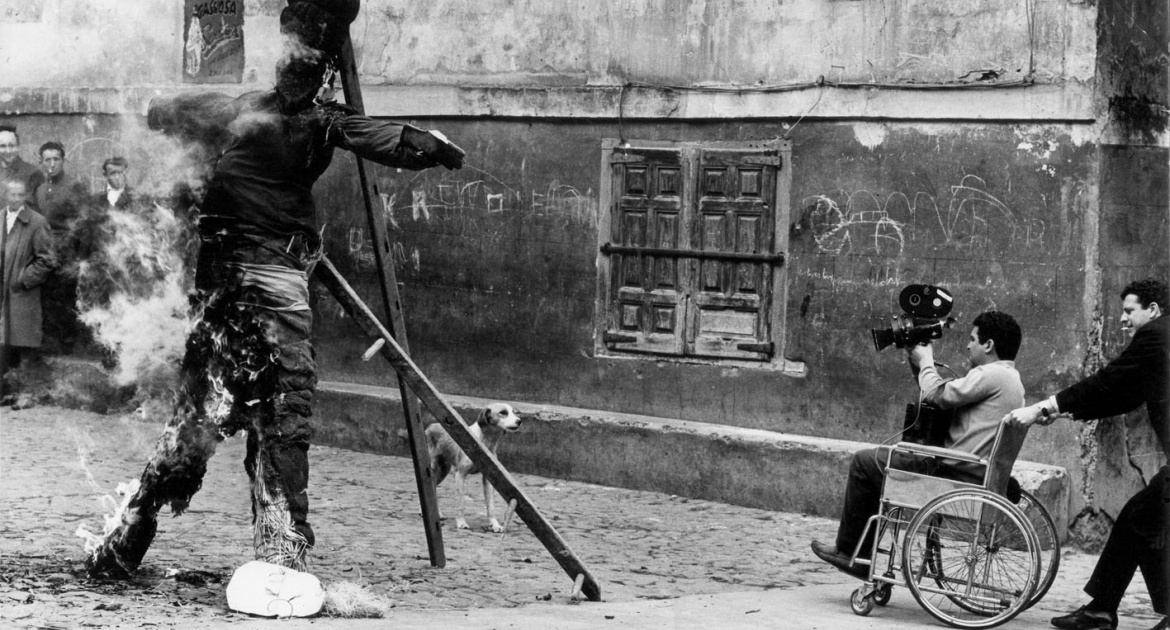 Collaborative exhibition from both sides of the Atlantic

Once again this year, those of us at the Casa de América and DocumentaMadrid sat down to think about our upcoming, highly-anticipated collaboration. And that's when we wondered what would happen if we took an uncomfortable film from our cinema, like Lejos de árboles (1972), and sent it as an open letter to a group of filmmakers, critics and film programmers from Latin America. In return, we would ask them to respond with other films of their own nationality, for the purpose of starting a multilateral correspondence, a film map with which to create a thread of invisible union that spans borders and continents.

The response to this long question is this, “Signed Mirrors”, a way of looking at the collective from the singularity of each of the invited filmographies, thereby producing images that are refracting, subtle and lucid, where films amplify and reexamine meanings through dialogue and interaction.

In so doing, for this exhibition we managed to (re)discover: a voluptuous and vibrant landmark in Cuban music documentary, Nosotros, la música (1964); Crónica de un baile de muñeco (2003), a collaborative ethnography that seeks to -and in fact does- break down the hierarchies and barriers imposed on the "other" from our Western perspective; the subtle and revealing sociological portrait of a community in search of its economic miracle, in Ciudad de María (2001); the thoughtful elegance of a cinema that contrasts a period of overwhelming modernity with those of a community on the verge of disappearing in A punto de despegar (2015); Aboio (2005), that elegy that breaks with the aesthetic tradition of visual anthropology, to show how another tradition -in this case that of an ancient and singular way of pasturing- gets lost right before our eyes; and La fórmula secreta (1965), the work of surreal and clairvoyant metaphors in a Mexico struggling to stand up against the onslaught of neocapitalism.

All these are major works of filmmaking that seek to critically and passionately relate with their own traditions, with their identity conflicts, with their memory. A kind of cinema that goes back to where our roots take hold, and which sees itself in the fascinated reflection of a culture that survives (though not always), in spite of itself.

Note: We did not want to fail to mention the participation in this exhibit of filmmaker José Luis Torres Leiva, who proposed the film Historias de lagartos (1989), by Juan Carlos Bustamante, a symbolic and desperate cry of pain from a Chile that, at that time, was bleeding itself dry. After unsuccessful attempts to get hold of a copy with the minimum screening quality, we ended up deciding not to include it in the programming. We thank José Luis Torres Leiva for his invaluable help and generosity.

Just About to Take Off
85 2015
Lorena Best
Robinson Díaz