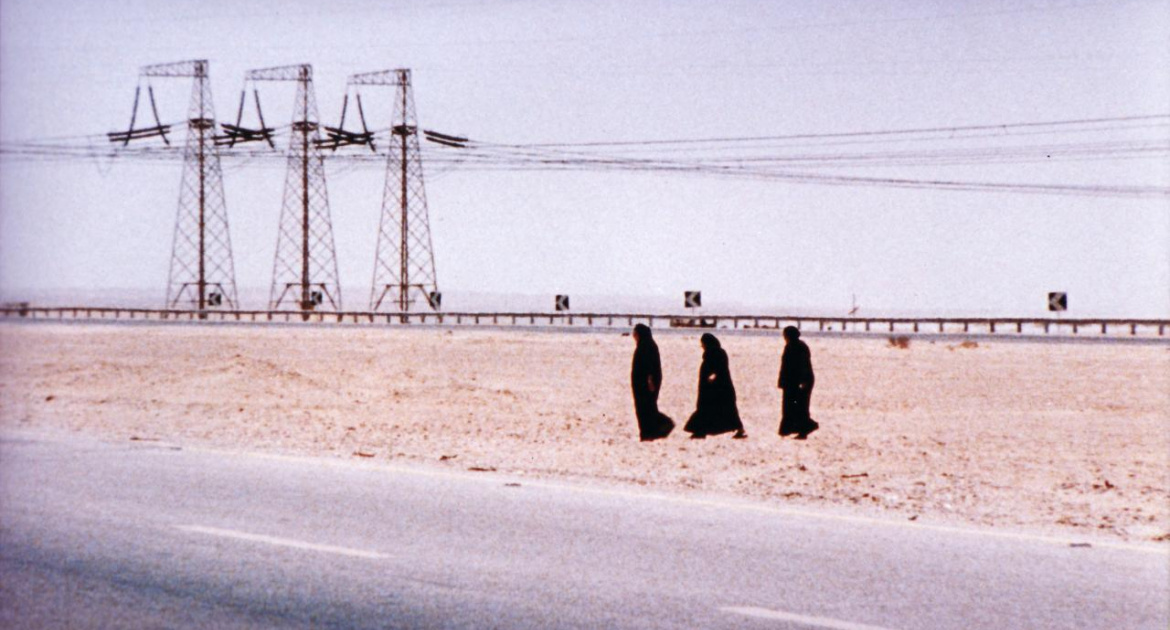 In the first shot of Ruth Beckermann's third film, The Steel Hammer Out There on the Grass (1981), a protester carries a banner reading, in capital letters: “THE TRUTH - WHO WILL TELL US?”; that insistent question runs throughout Beckermann's film work, from her first film to the award-winning The Waldheim Waltz (2018). Born in Vienna in 1952 to Jewish Holocaust survivors, Beckermann has put together an oeuvre that joins chronicles of social struggles, a road movie and an autobiographical essay, while also dedicating the central part of her work to incisively exploring the meaning of, and need for, historical memory.

Her first three films, co-produced with Josef Aichholzer, are chronicles of social struggles. The first, Arena Squatted (1977), records the occupation of the Vienna slaughterhouse, which was turned into a school for political self-organization and space for free culture before the city government ran them out, demolished the site, and handed it over to a leading businessman in Vienna. Before they did though, the experience had politicized an entire generation of young Viennese, gaining support from musicians such as Leonard Cohen. The second film, Suddenly, a Strike (1978), is the chronicle of an ambitious strike that was noiselessly stifled through the use of subtle strategies. The third, The Steel Hammer Out There on the Grass (1981), shows workers, unions and neighborhoods fighting against the dismantling of a tire factory, with an analysis of the power strategies employed to block any resistance to its plan for mass layoffs. These are three chronicles of struggles that were lost, but from which conclusions of great interest can be drawn, especially with regard to the strategies of distraction, of obstructing and false negotiations on the part of power, invariably involving the use of political lies.

Beckermann's next three films are at the heart of all her work and they set out the issues and forms that will guide the fundamentals for the rest of her film work. In them, the filmmaker deals with the persecution of Jews from three perspectives: that of a Viennese political activist, a privileged witness to the decade 1924-1934; that of the filmmaker's own family; and that of Israel as an idea, as a blank canvas for all utopias. The first part in the trilogy, Return to Vienna (1983), is based on the testimony of Franz West, who arrived at Vienna at age 14 in 1924 and would shortly thereafter become a leftist militant and first-hand witness to the brutality and impunity of Fascism in Vienna in the early thirties. The filmmakers go back and forth between archive footage - propaganda films of the socialist party or police films - and a long and decisive interview with West, who tells of the stages that led to the triumph of Nazism, its political strategies, and to the unrest in the streets, the errors of the left and the attacks by Nazi agitators at the university. While Stefan Zweig's The World of Yesterday is an essential perspective for understanding the emergence Nazism from the point of view of a character positioned in the highest echelons of Viennese culture -one more interested in theater and poetry than in the politics, until the politics ends up getting the best of him-, this film is an indispensable counterpoint from inside the political militancy. The Paper Bridge (1987) is an essay film made alone and narrated in the first person using the filmmaker's voice. It is an autobiographical film that explores a memory of the Holocaust as embodied in the stories of her parents, whom she interviews, and those of her grandmother as well, who pretended to be mute and would run out into the woods to be able to hear her own voice. One of the main parts of the film deals with an American film shoot at the Theresienstadt concentration camp, from which Beckermann draws decisive lessons on the risks of staging historical memory. The third piece, Towards Jerusalem (1990), takes the form of a road movie and seeks to compare the dream with the reality: how does the dream of Israel, the homeland where all Jews would be free, equal and could live without fear, compare with the Israel that the filmmaker examines under the critical eye of her camera four decades after its creation. This kind of road movie, with its recorded testimonies, notes in voiceover and its free associations of faces and spaces, will take her portrait-making to other countries, such as post-Obama America in American Passages (2011) -a socio-economic examination from Harlem to Las Vegas, from Christian campuses to gay parents in the process of adopting, and to Egypt in the late twentieth century in A Fleeting Passage to the Orient (1999), where she compares her thinking and vision with those of Empress Sissi in the late nineteenth century: two women traveling through Cairo and Alexandria, free, restless, constantly verifying the anomaly that places of leisure everywhere are designed for men. Beckermann then comes to a global fate in Those Who Go, Those Who Stay (2013), which collects accounts guided by happenstance connecting Paris, Vienna, Sicily and Alexandria, with a mechanism presented by the director as “an intentionally unintentional look that allows for chance encounters, stories and memories”. Fifteen years after Towards Jerusalem, Beckermann returns to Israel in Zorro's Bar Mitzvah (2006) for a deep look into one of Judaism's important rites, an examination of Israeli adolescence and exploration of why and how it is celebrated, with an unforgettable portrait of the Bar Mitzvah's "official filmmaker", who never got to celebrate one and believes he is condemned to live it over and over from behind the camera.

In East of War (1996), Beckermann starts out from a very simple premise, to extract a master class in historical memory and documentary film. The filmmaker recorded visitors at an exhibition on the crimes committed by the Nazi Wehrmacht in Eastern Europe during World War II. A tense debate soon starts up: some justify the Nazi action as preventive war, others provide vivid examples of random murders or fires in hospitals full of patients. The filmmaker listens to and asks incisive questions that call into question the immutable testimonies based on an ignorance of the facts that are held by all the attendees, usually ex-soldiers. This film gets tied back to the previous trilogy and presages the final film about Waldheim, whose case is cited here by a woman as the initiator of the whole process of recovering historical memory. Indeed, The Waldheim Waltz (2018) reveals the staying power of fascism in European societies, which Beckermann had sensed from early on in her filmmaking. But this reading in terms of historical memory is not the only one: this is first and foremost an essay about the lying, the half-truths, selective forgetting and "alternative facts" as political campaign material, which she illustrates to us through the use of this scandalous antecedent, at a time when more than a few political campaigns in the West appear to be shamelessly basing themselves on the same. While the Waldheim case was the beginning of a wave of recovering historical memory in Vienna, it was also a defensive reaction: anti-Semitism and fascist attitudes were once again being exhibited shamelessly, in the full light of day, and Beckermann could only confirm it to be so when in 2000 she filmed Homemad(e) (2001), a gallery of intimate portraits of people appalled by the victory of the Jörg Haider's far-right party in the elections.

Lastly, in 2016 Beckermann performed an unusual and unforgettable experiment: a very particular film entitled The Dreamed Ones. This film is a vibrant staging of the daring correspondence between poets Paul Celan and Ingeborg Bachmann, which depicts a love bearing the weight of the memory of the Holocaust. Beckermann explores the borderline between reality and fiction with a pair of convincing young actors in a film that, from this unpredictable and borderline area of documentary film, coherently culminates with the major themes in her film work: the intertwining of truth, evil, memory and art.

The Dreamed Ones
89 2016
Ruth Beckermann

A Fleeting Passage to the Orient
82 1999
Ruth Beckermann