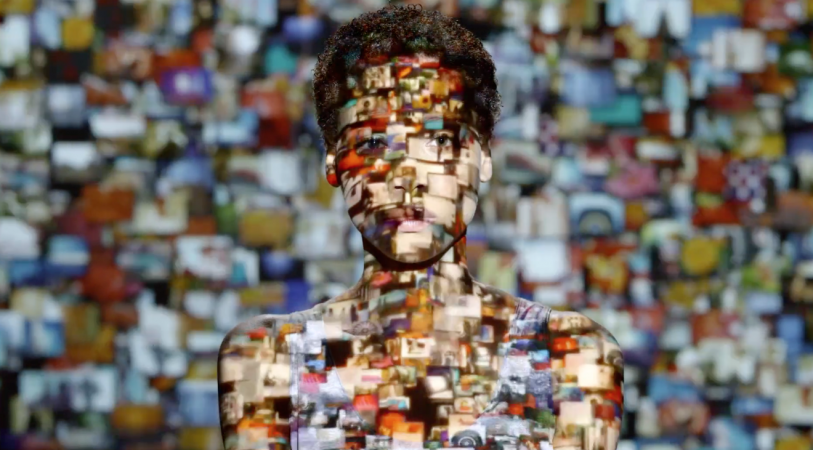 Of the over 1,500 films submitted to DocumentaMadrid, the International Documentary Film Festival is announcing the films to be competing in its 16th edition from May 9th to 19th, such as Xavier Artigas and Xapo Ortega's most recent feature film Idrissa: Chronicle of an Ordinary Death, and The Fourth Kingdom, by Adán Aliaga and Álex Lora, who, having already passed through the 1st Professional Forum Corte Final, are back at the festival to compete in its Official Section. Also repeating at the festival is Laura Herrero Garvín, the winner of the 2017 Best Feature Film Award, this time selected for her latest film Shout at Me!, Fernando Vílchez and Andrea Morán will premiere their short film I Can Always Sleep but Today I Can’t.

After stops at major festivals around the world, Aftermath by Canadian filmmaker Mike Hoolboom and Walked the Way Home by Eric Baudelaire will be making their Spanish premiere in the International Fugas Section. Some of the other films selected are Fordlandia Malaise by the Portuguese filmmaker Susana de Sousa Dias and the feature film SELFIE  by Italian director Agostino Ferrente, along with City of Children by the UK-based Spanish director, Arantxa Hernández Barthe.

Review the past, question the present

Idrissa: Chronicle of an Ordinary Death, the most recent film from Xavier Artigas and Xapo Ortega, who also directed Ciutat morta (2014), will also be taking part in the National Feature Film Competition. The Catalan directors will present their new film, shot in Barcelona and Guinea-Conakry as an exercise in memory and reparation, which deals with the case of Guinean man Idrissa Diallo, who died in a migrant detention center..

The drama of people living outside the system drives The Fourth Kingdom by Adán Aliaga and Àlex Lora, also in the National Competition. Set in a social rehabilitation center and plastics dump in New York, where underprivileged and undocumented foreigners work and experience the reality of the "American Dream". Its directors took part in the first edition of the 1st Professional Forum Corte Final with this same film.

The festival's 16th edition will feature several premieres in Spain as part of the International Fugas Competition, which features hybrid and risk-taking filmmaking. One of the most highly anticipated is Aftermath from Mike Hoolboom, who won the DocumentaMadrid Award for Best Feature Film in the Fugas Section in 2017 with We Make Couples. In his most recent film, the Canadian director experiments with testimonies and archives in a free reconstruction of the biography of such famous artists as Jackson Pollock, Frida Kahlo, Janieta Eyre and Fats Waller.

Archive footage and remembrance of the past are once again present in Fordlandia Malaise by Susana de Sousa Dias, which, having already made its way through the Berlinale, will be making its Spanish premiere in the Fugas section. The Portuguese filmmaker tells the history of Fordlandia, the town founded deep in the basin of the Amazon River by Henry Ford in 1928.

Also in Fugas, DocumentaMadrid will premiere Walked the Way Home by Eric Baudelaire, which could be seen at FID Marseille. The French-American political scientist, artist and filmmaker used his mobile phone to film the walk from his studio to his home, where numerous groups of soldiers watch over the streets of Paris following a terrorist attack. Set to music by Alvin Curran, Baudelaire portrays the state of permanent alert in which we live and how military surveillance has been made natural.

Portraits of youth and political decline

The way young people represent themselves and define their reality, their struggles and major concerns, is a theme in several films in the 16th DocumentaMadrid Festival.

The young director Arantxa Hernández Barthe is competing in the International Short Film Section with City of Children. Made during her Masters in Documentary Directing at the National Film and Television School of the United Kingdom (NFTS), this portrait of teenagers from the so-called "lost generation" of England combines a poetic and observational style to invite viewers to reflect on the country's social situation within the context of Brexit.

After winning the National Feature Film Award at DocumentaMadrid 2017 with El remolino, Laura Herrero Garvín is returning to the festival with Shout at Me! in the National Short Film Section. The Mexico-based Spanish director renders a portrait of a young female wrestler who, upon leaving university, doesn't fit neatly into the role expected of her by a society marked by male chauvinism and violence.

Young people also take center stage in SELFIE, by the Italian director Agostino Ferrente, selected to the Panorama section of the Berlinale. This feature film, which can be seen in the International Section of DocumentaMadrid, uses selfie videos to explore the ways two teenagers get ahead in a troubled neighborhood of Naples following the tragic death of one of their best friends at the hands of some Carabinieri.

While the mobile phone is the great communication tool of our age, we still get nostalgic over exchanges of handwritten letters. The filmmakers and film programmers Fernando Vílchez and Andrea Morán co-directed I Can Always Sleep but Today I Can’t, a film competing in the National Short Film Section which they describe as "the relationship between the written word and the oral, taking a geographical and literary journey through the multiple ways literature gets presented".

For The Border Fence, Nikolaus Geyrhalter makes use of the mountain landscape of the Brenner Pass between Austria and Italy to analyze the shifting political climate in the European Union that has come about over issue of refugees and the resurgence of far right-wing protectionist ideologies. Discussions with local police, border guards, travelers, farmers and hotel and toll-booth workers help piece together a useful story for understanding a situation affecting the whole of Europe.