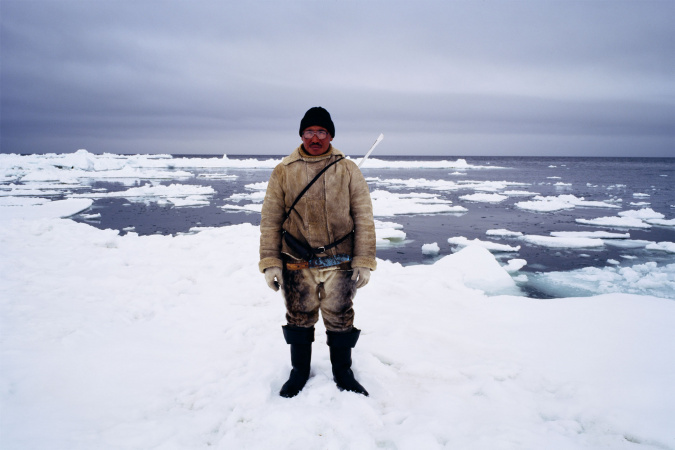 We tend to lend greater importance to images over sound, but cinema is a complex alchemy of the two elements. The 16th DocumentaMadrid Festival, in collaboration with Nave 0 of Matadero Madrid, will be making sound the main feature of documentary film and expand on that with the first retrospective in Spain dedicated to Carlos Casas.

In its commitment to finding new languages and expressions in the documentary genre, the Festival, promoted by the City Council of Madrid and Cineteca, will be showing this international artist's work, which spans contemporary documentary film, video installation, sound and performance art.

The festival's co-director David Varela is looking forward to Casa's involvement at DocumentaMadrid: "We are celebrating the chance to share the work by this versatile Spanish artist with the public. His rich, eclectic vision of transcendental humanism goes beyond the usual concepts and offerings of non-fiction film to enter, with the rawness and curiosity typical of the pioneers of yesteryear, spaces that lie halfway between conquest and the physical and spiritual resistance of the human being."

Carlos Casas (1974, Barcelona) lives and works between Paris and Barcelona. His work has been premiered at such museums and spaces as the Tate Modern in London, the Centre Pompidou and the Cartier Foundation in Paris, Hangar Bicocca in Milan and the CCCB in Barcelona. His work has also garnered recognition at such festivals as the FID Marseille, Venice Film Festival, International Film Festival Rotterdam and BAFICI.

Sound film in Depth of Film with DocumentaMadrid

Depth of Field, Matadero Madrid's program dedicated to audio-visual practice, will host the exhibition of the work of the artist Carlos Casas at Nave 0 from May 10 to June 30. Cineteca Madrid will offer a selection of films proposed by the artist, to open up a dialogue with his work through the work of other creators.

By collaborating with DocumentaMadrid, two live presentations created especially for the Festival will accompany the program:

At 5 pm on May 10 at Nave 0 in Matadero Madrid, David Varela and Carlos Casas will inaugurate the retrospective with a presentation of the artist's most recent sound work. MUTIA is a double vinyl that will be making its premiere at the festival. Carlos Casas will do a live performance of a piece of film sound, a new rendering of his latest work, Cemetery, in which the artist locates the mythical cemetery elephants get led to before dying, to expound on issues related to extinction, communication between species and the evocative power of film.

"All the sounds that make up these landscapes come from my references throughout the project, and from the atmospheres and radio frequencies recorded during the film shoot in Sri Lanka; deep jungles and magical places that helped me take that journey", explains the artist. "The album is a way to invite the audience to take that journey with me, recreating those imaginary spaces, to have the spectator create their own images. "Following Cemetery, Casas worked with Chris Watson (one of the most renowned wildlife sound recordist and a founder of the band Cabaret Voltaire) to create the installation Sanctuary, which premiered at the Tate Modern in 2017.

In addition, on Sunday May 12, from 11am till 3pm at Nave 0, Carlos Casas will present his work Avalanche, a site-specific project that has been presented all over the world since 2009. More than just a film, this is an experience that transports viewers to Hichigh, one of the most remote villages on earth, located in the Pamir mountain range between Tajikistan and Afghanistan. The Pamirs are as mysterious as they are fascinating and have become the refuge of some of the oldest traditions still preserved today. "Avalanche is always presented live with a varying format, and is always created especially for the festival or space hosting it. This will be the 15th incarnation of Avalanche and will be specially created for DocumentaMadrid and Depth of Field at the Nave 0 space", states Casas.

The program is rounded off with a selection of some of Casa's most important work, such as the trilogy entitled END, which is dedicated to the most extreme and isolated landscapes and communities on earth.

Solitude at the End of the World (2002-2005), co-directed with Fernando Zuber, transports us to Patagonia, one of the most sparsely populated regions in the world, where a group of men lead lives in total solitude. This documentary tells the story of these men, isolated from the world for different reasons. "The documentary ended up becoming an incredible anthropological and physical experience for both the subject filmed and the authors," recalls Casas.

Aral: Fishing in an Invisible Sea (2004) film co-directed with Saodat Ismailova and winner of the Special Mention of the Jury at DocumentaMadrid 2005, tells the story of three generations of fishermen living in the Aral Sea and what their hope and daily struggle to survive is like in one of most resource-scarce places on earth. According to the artist himself, "Aral is not about politics or ecology, it is about the strength of human survival. Aral still lives as an invisible presence and as the memory of what could be considered one of the greatest human-made disasters on the planet."

Hunters Since the Beginning of Time (2008) gives audiences the chance to experience and understand whale hunters on the remote Bering Sea of Siberia as they struggle to survive in one of the most extreme environments on earth while keeping alive a thousand-year-old tradition. "I wanted the film to be an action movie, without too much dialogue, a purely cinematographic and visual experience," explains Casas.

The three films came into being from a common goal: "I was interested in living in these lands, trying to capture forms of life fading from existence. I was interested in the collective imagination of these places and their mythical idea of the end of the world; places that might in some way represent a post-apocalyptic future, and at the same time a feeling of archaic civilization", says Carlos Casas.

Another series in Casas' oeuvre that can be seen at Matadero Madrid are his Fieldworks, which he developed all over the world, from Patagonia, to Java by way of Cairo, Torino and Svalbard, all based on experimentation using video and radio frequencies. "With these works, I try to capture the atmospheric qualities of a landscape through visual and sound recordings in the field", explains the artist. "I'm also interested in the asynchronous randomness of the relationship between the soundtrack and the movie. I see this work as a kind of post-structural film, where the modes of documentary and experimental filmmaking meet."