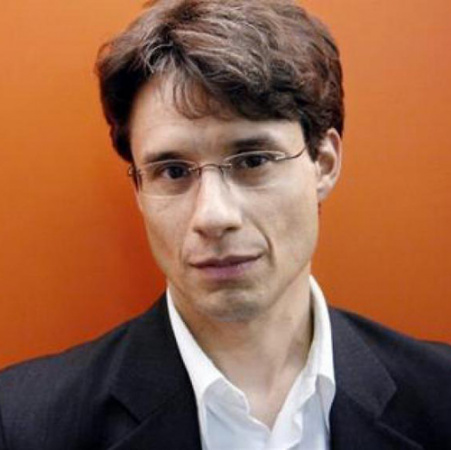 Another part of the collaboration with the Institut Français of Spain, and within the framework of its TIFE 2019 season of cultural events, the journalist and Editorial Director of ARTE, Bruno Patiño will present the line-up for the European television platform at a meeting with professionals from the sector on Tuesday May 14 at the Sala Plató de Cineteca Madrid.

The ARTE channel, which has just co-produced Les tombeaux sans noms by Rithy Panh, is one of Europe's most important culture-oriented media  outlets. Patiño he will explain what the usual design of its productions is like, the degree of creative freedom it provides to directors and producers, as well as sources of documentary funding in Europe. He will also analyze how social networks and information overload has influenced the degree of interest shown by European viewers in documentary film.

Since 2015, Bruno Patiño has been the editorial director of ARTE, as well as at the School of Journalism of the Institute of Political Sciences (Sciences Po Paris). He was a correspondent in Chile for the newspaper Le Monde, a paper of whose group he was vice president and for which he directed its digital offerings, delegate editor on the magazine Cahiers du Cinema and director of the radio program France Culture. He has also been on the management of Canal + and the Hachette publishing house.

Founded in 1992 by France and Germany, the ARTE channel, with support from the European Union, contributes to the promotion of multilingualism and the circulation of cultural work throughout Europe. Since 2015 it has been available in Spain via its ARTE en español  website, on which 85% of the programming produced or broadcast by the channel comes from Europe. In addition, the Institut Français of Spain, as part of its TIFE 2019 season of cultural events entitled Nosotros Europa, promotes the public, cultural and European channel, ARTE.