DOCUMENTAMADRID is a festival organised by the Madrid City Council and dedicated to multiple expressions of documentary film and the search for itineraries of the reality that are open to the genre’s new languages and expressions.

The Madrid City Council organises DocumentaMadrid, a festival devoted to the multiple expressions of documentary film; an annual meeting place for professional filmmakers and the audiences their work is aimed at. The 15th edition of the International Documentary Film Festival DocumentaMadrid will be held from 3 to 13 May 2018.

With €52,500 to be awarded in prizes, distributed across the festival’s three competitive sections, as well as retrospectives on prestigious filmmakers and a wide range of parallel, educational and professional activities, DocumentaMadrid is firmly committed to supporting and promoting documentary film. Its programme aims to open avenues of communication with the genre's new languages and expressions, in addition to furthering the ethical and political obligation that underlies contemporary reality and critical review of the past. The festival’s goal is to remain a special forum where an open dialogue can be established between audiences and filmmakers.

In its upcoming edition, DocumentaMadrid wants to open its doors to all of the films and filmmakers that are redefining the aesthetic boundaries of cinema, creating new audiences and, in turn, strengthening and expanding contact with a demanding and critical public. 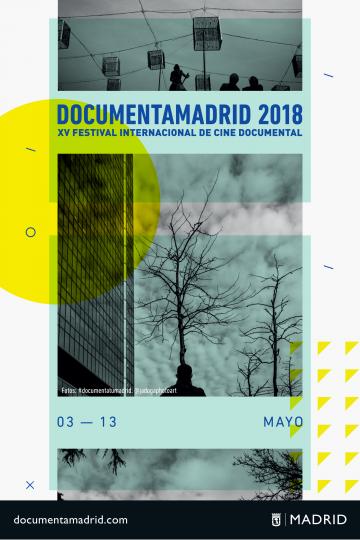