'We all like plantain' and 'All Light, Everywhere', winners of Documenta Madrid 2021 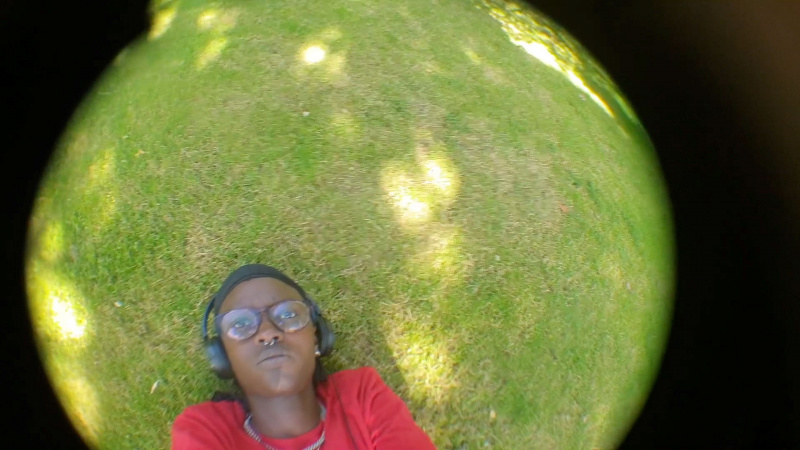 Documenta Madrid, the International Film Festival organized by the Cultural Area of the City Council of Madrid, has announced the winners of its 18th Edition in the Azcona screening room in Cineteca Madrid. The announcement of the list of winners has been done by the artistic curators Cecilia Barrionuevo and James Lattimer together with Gonzalo de Pedro, artistic director of Cineteca Madrid, and the jury of the competing categories.

The National competitive section jury members Rebecca de Pas, programmer in the Visions du Réel Festival; Javier Fernández Vázquez, film director; and the academic, critic and commissioner Elena Gorfinkel, have given the Jury Award for the Best National Film to ‘We all like plantain’ by Rubén H. Bermúdez, awarded with 10.000 €. The jury has valued “his ability to articulate a fascinating process of collective creation whose conclusion is a portrait and, at the same time, an intimate self-portrait, warm and brave of the Spanish afro descendant community”.

The same jury has given Fugas Award to innovation and the intention of crossing frontiers to ‘Stillness Syndrome’ by León Siminiani, awarded with 5.000 €, for being “a film that reworks the essential legacy of Luis Ospina to create an investigation on the recent history of Colombia, ludic and subtle, reassuring cinema as an essential tool to de-construct reality”.

‘La mano que canta’ by Alex Reynolds & Alma Söderberg has been awarded with a Special Mention of the jury of the National Competition “for its capacity to captivate and surprise on its ludic participation with sound and rhythm, with the possibilities of interpretation and the body gestures migrations, and the kinesthetics’ relationships between senses, creating a film rich in the alchemy of the communicative encounter and not limited to the bounds of a codified language”, the jury states.

‘We all like plantain’ by Rubén H. Bermúdez has also been awarded with CineZeta Award for the Best National Film, a prize given by the young programmers of CineZeta in Cineteca Madrid, awarded with a diploma, “for proposing a dialogue between the intimate and the collective, for setting an original and  celebratory look to the everyday space”.

‘All Light, Everywhere’ by Theo Anthony has been awarded with the Jury Award for the Best International Film, with a prize of 10.000 €. The International competitive section jury members Sofia Bohdanowicz, Polish-Canadian film director; Chema González, Cultural Activities Manager of Museo Nacional Centro de Arte Reina Sofía; and Zsuzsanna Kiràly, film producer of Flaneur Films in Germany has highlighted that the film is “a revealing essay about how we look and if there is truth in the images that watch us and the systems that produce them. It invites us to reflect about how does the look of the audience work, the materials it is made of and how we absorb this information. It investigates on ‘what does an image says us’ and carefully argues against the neutrality of the images captured by the contemporary machines. The film illuminates archive material with a brilliant investigation that explores the technological advances in the criminology field since mid-19th Century until today. In such urgent and critic times, we ask us: which history does the future dream of?"

The same jury has awarded the Argentinian film ‘Splinters’ by Natalia Garayalde with the Fugas Award to innovation and the intention of crossing frontiers, with a prize of 5.000 €, for being “a personal and intimate story that intertwines a national catastrophe with family archives and circumscribes in an important and impressive narrative in the current Argentinian cinema. This cinematographic movement speaks about survival, grief and healing through images and its memory. Amidst this pain we see its characters trying to reformulate tragedy in love and support manifestations while they find the strength to go ahead”.

‘Jack’s Ride’ by the Portuguese Susana Nobre has been recognized with a Special Mention of the jury of the International Competition for being “a celebration of an authentic life that portrays its protagonist, a Portuguese migrant returned from Nueva York, in a poetic and casual way. Tender and grounded, the film, gives voice to a face and an age, a country and a social class traditionally ignored. As we travel with Jack, we celebrate the routine of his beloved work and see how his "daily accomplishments are freedom ", not through sacrifice, but near it”, the jury states.

‘La mala familia’, Final Cut Jury Award
In the Final Cut section, aimed to films in the final stage of Spanish production or co-production, the jury formed by Maria Bonsanti, Eurodoc network director, and Virginia García del Pino, film director and teacher, the 4.000 €  prize has been given to ‘La mala familia’ by Nacho & Luis BRBR “for being an urgent and true film, that has the possibility of generate changes. A necessary project that we want to support in a delicate moment for the film and the lives of their protagonists”.

In this 18th Edition the selected films across the sections have competed under the same terms and have the same prizes no matter the length of the works. The festival has given more than 36.000 € in prizes. Short films and feature films have competed for each section prizes under the same terms and, new to this edition, Fugas Award to innovation, the intention of crossing frontiers and creative risks has been implemented.

18th International Film Festival Documenta Madrid
The Festival continues from May 31st to June 6th on Filmin, where the complete International competitive section and part of the informative section Back and Forth can be seen. The retrospectives ‘Djibril Diop Mambéty + Mati Diop: Different Versions of The Same Sun’ and ‘Luke Fowler: a certain predilection for uncommon things’ will continue to be screened in person on Filmoteca Española and Museo Reina Sofía until June 4th and 14th respectively. Back and Forth will also continue in an in-person format in Círculo de Bellas Artes (until June 5th) with two sessions devoted to Manuela de Laborde and Daïchi Saïto.