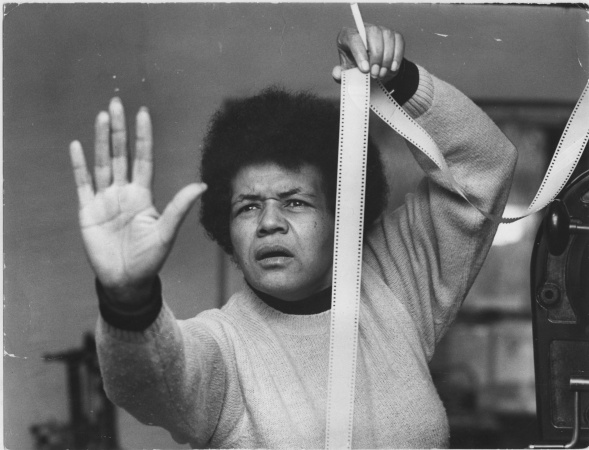 The Museo Reina Sofia in collaboration with Cineteca Madrid (cultural center belonging to the City Council's Culture, Tourism and Sports Area) and the Documenta Madrid festival, will make available at Museum´s website (www.museoreinasofia.es) and only during this weekend, three cinematographic pieces of the filmmaker Sarah Maldoror, recently died in Paris due to the coronavirus at the age of 91 years. Maldoror was a pioneer of feminist and anticolonial cinema and is the owner of a filmography in which theater and poetry are always in dialogue with the image. Documenta Madrid and the Museo Reina Sofía held the first international retrospective on Maldoror in May 2019 under the title Sarah Maldoror, poet and filmmaker of blackness.

One of the pieces that can now be seen is the short film Miró, peintre (Miró, painter, 1980), a short work for the television series Aujourd'hui en France (Today in France). The review of an exhibition by Miró at the Maeght Foundation offers the opportunity to approach the surrealist artist from Maldoror's central themes: theater, the interrelation between the arts and the transformation of the children's experience through art. The result is like a work of Joan Miró translated into real life. This will be the first screening after its television release in 1980.

The second piece is Un dessert pour Constance (An Dessert for Constance, 1980), an unusual local comedy about the life of a group of African migrants in Paris. Friendly and corrosive in equal measure, two African street sweepers find a classic cookbook of French cuisine, which they study as entertainment until they become true experts, winning first prize in a typical French middle-class television program.

And finally, the audience will enjoyy Scala Milan AC (2003), in which a group of young people from the St. Denis banlieu, from different ethnic and geographical backgrounds, participates in a school contest to tell their neighborhood, and whose prize is a trip to Milan. With the collaboration of the historical jazz musician Archie Shepp, they create a poetic hymn to the racialized and invisible France that rises above marginalization. The film, also produced by another filmmaker, Agnès Varda, is a collaboration on its own bill between the filmmaker and teenagers.

Last year Festival Documenta Madrid and the Museo Reina Sofía organized the film series Sarah Maldoror, poet and filmmaker of blackness, which showed for the first time much of the work of this activist, filmmaker and artist, a pioneer in pan-Africanist cinema. The retrospective rediscovered the work of Maldoror who, despite his enormous commitment in the decolonial movement and in the struggles for social diversity since 1960, was widely unknown. Poetry, jazz and political consciousness were very recurring aspects in his almost forty films. His work has been recovered since then by festivals, film libraries and art centers.