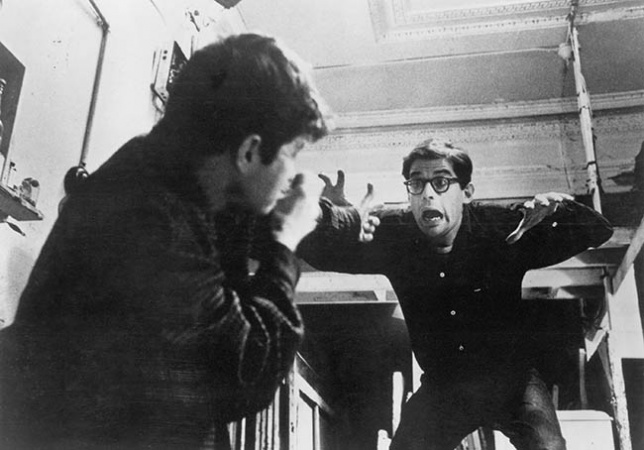 Robert Frank, one of the greatest photographers of the 20th century, will have a retrospective in Filmoteca Española, one of Documenta Madrid’s venues this year, in the frame of the International Film Festival promoted by the Cultural Area of the City Council of Madrid. A complete retrospective, organised by Documenta Madrid and Filmoteca Española with the support of the Swiss Embassy, that will present for the first time in Spain the complete film and video works of Robert Frank and will celebrate the filmmaker facet of the American-Swiss creator, less than a year after his death at 94.

A total of 26 titles directed by Frank can be seen exclusively in Cine Doré in Madrid from December 10th to 23rd in nine single sessions. ‘Candy Mountain’, the musical drama with Joe Strummer and Tom Waits, will open the retrospective on December 10th at 21.30h. The retrospective is a unique opportunity to discover the lesser known side of the transnational and boundary-subverting artist, that is as full of life now as it was during his long and celebrated career.

“A decision: I put my Leica in the cupboard. Enough of lying in wait, pursuing, sometimes catching the essence of the black and white, the knowledge of where God is. I make films. Now I speak to the people who move in my viewfinder. Not simple and not especially successful”, said Robert Frank himself about his shift from photography to film.

Robert Frank (b. 1924, Zurich, Switzerland – Inverness, Canada, 2019) was one of the most well-known and acclaimed photographers in the world. Yet he was also a filmmaker, a fact that comparatively few remember or are even aware of. From 1959 onwards, after the acknowledgment of his book ‘The Americans’, he put his work as a photographer on hold to focus on cinema, shooting ‘Pull my daisy’ with Alfred Leslie, an experimental short film.

So often overshadowed by his photographic work, the works now presented in Documenta Madrid made him gain an international reputation; New York Times film critic Manohla Dargis called Frank “one of the most important and influential American independent filmmakers of the last half-century.” He shot more than 25 films over the course of his 50 year career until his death in 2019, characterised by an innovation that defies any kind of easy categorisation, moving between fiction, documentary and essay in a period when going beyond the limits was not the rule. This makes many of his titles considered influential works in international independent cinema and documentary.