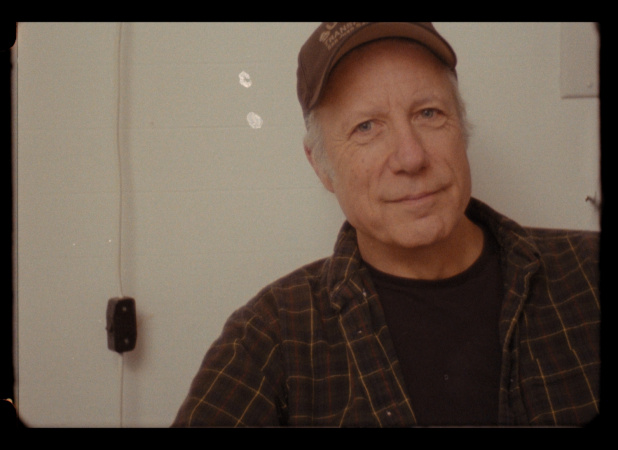 Documenta Madrid, the International Film Festival organized by City Council of Madrid, starts this afternoon its 18th edition. The opening ceremony will count on the presence of James Lattimer and Cecilia Barrionuevo, artistic curators of the festival; Gonzalo de Pedro, artistic director of Cineteca Madrid, venue of the Cultural Area of the City Council of Madrid; and Jorge Socarrás, musician and Patrick Cowley’s collaborator.

Luke Fowler’s work has long asked how we come to know someone in their absence. He has explored this question by creating posthumous portraits of individuals. In ‘Patrick’, his latest short film, the artist sums up the formal approaches and thematic concerns that go through his works doing a portrait of Patrick Cowley, gay artist pioneer of the electronic music in San Francisco that died from AIDS in 1982. The short film explores his legacy, putting interviews with his contemporaries, images of his correspondence and archive between luminous and impressionist fragments of California and the urban landscapes that he called home, all connected by Cowley’s own dynamic sounds.

‘Patrick’ will also be screened on May 28th and June 6th in the retrospective ‘Luke Fowler: A Certain Predilection for Things Out of the Ordinary’ in Museo Reina Sofía. Tickets for this and the rest of the screenings of the Festival are on sale in the official website of Documenta Madrid.

18th International Film Festival Documenta Madrid
Documenta Madrid, the International Film Festival of the City Council of Madrid with the collaboration of other cultural outlets of Madrid and organised by Cineteca Madrid, a space of the Cultural Area of the City Council of Madrid, lands again in Madrid and from Madrid to Spain on its online format, to para offer the best cinema from all over the world, focusing on contemporary cinema and specially on new aesthetic proposals, films that explore the new audio-visual forms no matter their definition, duration, gender or category. It takes place from May 26th to June 6th in its on-site version, and between May 31st and June 6th online through the VOD platform Filmin. The awards ceremony will take place on May 30th.

Documenta Madrid will release a total of 24 films from 15 different nationalities in its National and International competing sections. Some of them have been recently released in festivals like Sundance, Visions du Réel, Berlinale or Rotterdam and others will have their world premiere in Documenta Madrid.