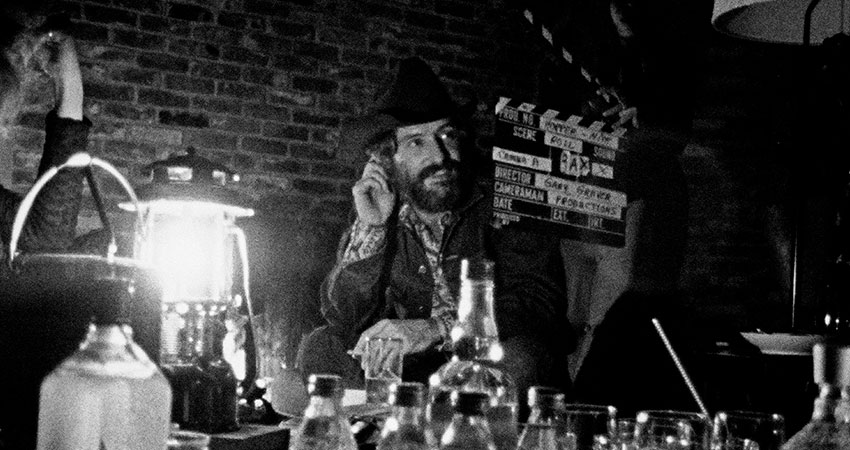 Documenta Madrid, the International Film Festival promoted by Madrid City Council, starts its 17th edition this afternoon. The opening ceremony will count on the presence of the artistic commissioners of this edition, James Lattimer and Cecilia Barrionuevo, and Gonzalo de Pedro, artistic director of Cineteca Madrid, cultural venue of Madrid City Council managed by Madrid Destino.

The opening film, that will be screened with invitations in Azcona screening room and for the rest of the audience in Plató screening room, will be ‘Hopper/Welles’, the 2 hour-long impressive conversation between Orson Welles and Dennis Hopper filmed in black and white in 1970 during the shooting of ‘The Other Side of the Wind’. ‘Hopper/Welles’ is a fascinating chat between two geniuses of the Seventh Art, dealing with diverse topics, such as civil rights, acting versus directing, generational differences or political activities.

Tickets for this and the rest of the Festival’s projections are now on sale in Documenta Madrid official webpage.

About Documenta Madrid
Documenta Madrid, the International Film Festival promoted by Madrid City Council, takes place between December 9th and 20th 2020 in diverse cultural venues of Madrid, such as Cineteca Madrid, the main headquarters of the Festival; Matadero Madrid, Filmoteca Española and Museo Reina Sofía. In this edition, part of the program will be available in the VOD platform Filmin.

Most of the onsite projections will take place between December 9th and 13th. Filmin programming, where users will enjoy exclusive contents, will be available until December 20th, while Filmoteca Española’s screenings will last until December 23rd.

Documenta premieres some of the most celebrated films of this year, such as ‘Anunciaron tormenta’ by Javier Fernández Vázquez, presented in the Forum section of the past Berlinale’s edition, or ‘A media voz’ by Heidi Hassan and Patricia Pérez, winner of the Best Documentary Award in the International Documentary Film Festival Amsterdam. In addition, the Festival presents the new films of renown filmmakers, such as ‘Mi piel, luminosa’ by Nicolás Pereda, directed with Gabino Rodríguez; ‘Point And Line To Plane’ by Sofia Bohdanowicz; ‘The Last City’ by Heinz Emigholz; ‘Responsabilidad Empresarial’ by Jonathan Perel; ‘Explaining The Law To Kwame’ by Roee Rosen; ‘Como el cielo después de llover’ by Mercedes Gaviria and ‘Look Then Below’ by Ben Rivers.