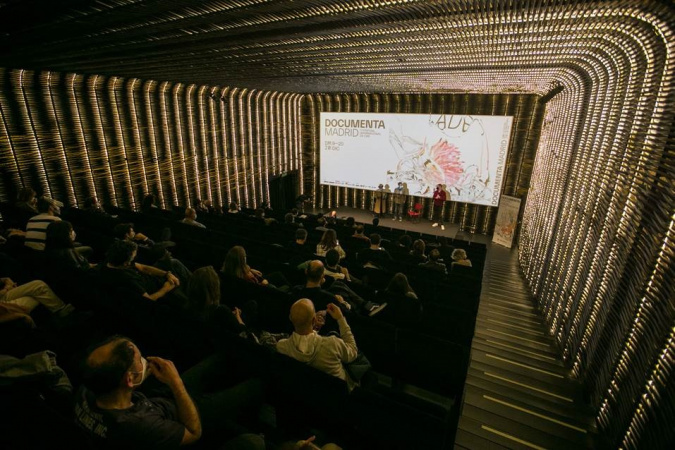 Documenta Madrid, the International Film Festival promoted by Madrid City Council through the Area of Culture, Tourism and Sports and organised by Cineteca Madrid, reaches its halftime. During the rest of the week, the audience will be able to enjoy most of the films of its 17th edition.

International and International Fugas competition’s films, including the winners such as ‘Tendre’ -also awarded in Indie Lisboa-, ‘Die Letzte Stadt’ (‘The Last City’), ‘This is Not a Burial, It’s a Resurrection’ -also awarded in Sundance-, ‘How to Disappear’, ‘Vulture’, ‘Responsabilidad empresarial’, ‘Lluvia de jaulas’, ‘Signal 8’, ‘143, rue du Désert (143, Sahara Street)’ and ‘Il n'y aura plus de nuit’, can be enjoyed in the VOD platform Filmin.  ‘Anunciaron tormenta’ by Javier Fernández Vázquez, presented in the las Forum section of the Berlinale; ‘FREM’, by Viera Čákanyová, also premiered in Berlin last year; ‘Correspondencia’, a documentary directed by Dominga Sotomayor and Carla Simón, winner of the Best New Director Goya in 2017 for ‘Verano 1993’;  ‘Explaining the law to Kwame’, by Roee Rosen or ‘Communicating Vessels’, by Maider Fortuné and Annie Macdonell, awarded as best short film in Rotterdam Film Festival, will also be available in Filmin.

Also, Filmin offers since December 19th the Spanish release of ‘Her Socialist Smile’, a portrait of Hellen Keller, the first deaf-blind person graduating in university, by John Gianvito.

The presential program keeps going on
Until December 23rd, Filmoteca Española keeps offering a retrospective of Robert Frank, one of the greatest photographers of the 20th Century, screening for the first time in Spain, with the support form the Swiss Embassy for Spain and Andorra, his complete film and video works. This week, his first film ‘Pull my daisy’, starred by Allen Ginsberg and scripted by Jack Kerouac, ‘Conversations in Vermont’ and 21 more films are screened in Cine Doré.

In addition, in the frame of the programme ‘Profundidad de campo’ (Focal Depth), Nave 0 of Matadero Madrid hosts until February 7th the exhibition of the filmmaker and visual artist Eric Baudelaire for the first time in Madrid, with the support of the Institut Français Madrid, with works like ‘The Glove’, ‘Walked the Way Home’ or ‘Un film dramatique’.

About Documenta Madrid
The tension between autobiography and auto-fiction, new or impossible worlds, political essays, fictions around people or real experiences, or filmed theory are some of the themes in the 98 films of the 17th edition of Documenta Madrid, the International Film Festival promoted by Madrid City Council with Cineteca Madrid as the main venue. A multidisciplinary edition that shows a humanistic and complex vision of the world and goes beyond the film genre frontiers, expanding its program beyond documentary cinema, and also beyond physical frontiers, being celebrated also for the first time in the VOD platform Filmin.