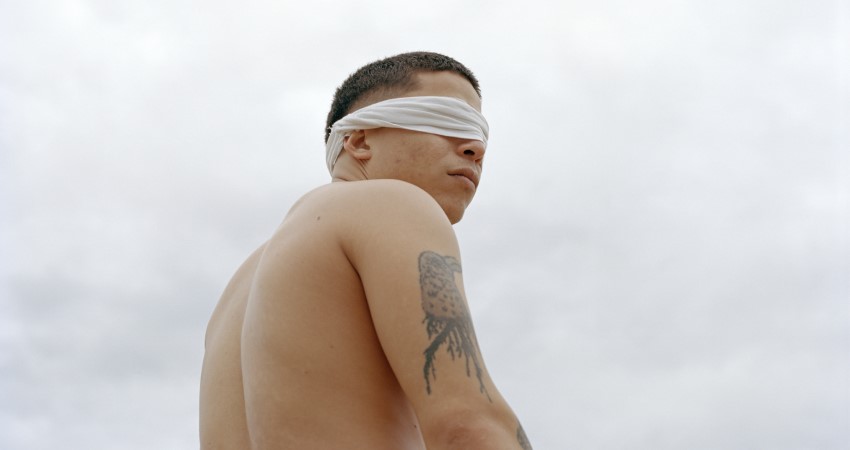 The 19th edition of Documenta Madrid, the International Film Festival of the Madrid City Council, announces the films that will participate in its International, National and Corte Final competitive sections. The festival organized by Cineteca Madrid and Matadero Madrid, a space of the Area of Culture, Tourism and Sport, will be held from May 24 to 29 in the on-site format, and between May 30 and June 5 online through the VOD platform Filmin.

The festival is structured in two competitions, International and National, in which feature films and short films compete as in previous editions for awards on equal terms. Of the 930 films entered in this edition, from 77 different nationalities, 271 have been Spanish productions or co-productions. Thus, a total of 24 films will participate in the competitive sections: 12 in the International competitive section and 12 in the National competitive section. It should be noted that in both sections there is 50% parity in the direction: 12 films are signed by women and 12 by men. In Final Cut, the section aimed at films in the final stages of production or Spanish co-production, a total of 36 entries were received from projects with an advanced editing cut, and 4 projects were selected.

International Competition
Documenta Madrid's international competition will combine the talent of long-time filmmakers such as Jay Rosenblatt, an essayist film legend for four decades now - Oscar nominated in 2021 for When We Were Bullies - who will present his short film How Do You Mesure a Year? The festival will also feature the talent of first-time directors such as Hana Vojáčková, a Prague-born artist whose debut feature We Love Life, focusing on the human nuances that emerge under the yoke of an authoritarian regime, will be screened for the first time in Spain at the festival.

Travis Wilkerson, already a leading name in the American essay genre, whose films have been presented at festivals such as Sundance, Toronto and Locarno, visits this edition with Nuclear Family, a feature film co-directed with his partner Erin Wilkerson, which is a journey of the two filmmakers and their three children through nuclear waste in the United States. Also a family testimony is Malintzin 17, the representation of the unbreakable bond between the great Mexican documentary filmmaker Eugenio Polgovsky and his daughter Milena, a girl who opens her childish gaze to the world, edited by his sister Mara Polgovsky as a tribute. For her part, Chinese director Wang Qiong, affected by her government's severe policies on birth control like so many other families, portrays this sad reality in All About My Sisters, her first and healing feature film.

Documenta Madrid 2022 also opens the doors to filmmakers who have been present in other editions. Thus, Éric Baudelaire, who in 2020 presented his audiovisual work in an exhibition framed in the festival and in the Matadero Madrid program Profundidad de campo, returns to the festival with the Spanish premiere of When There Is No More Music to Write, and Other Roman Stories, a triptych of stories of prodigious sound design that goes back to the period of revolutionary struggle in Italy and the United States in the 60s and 70s. Also repeating at Documenta Madrid is the winner of the 2018 Jury Prize for Absent Wound, Maryam Tafakory, who on this occasion presents the short film Nazarbazi, a poetic collage of images that defied the ban in Iranian cinema in the 1980s of not being able to show physical contact between men and women. Finally, artist and writer Morgan Quaintance, present in 2020 with Surviving You, Always, returns to Documenta Madrid with A Human Certainty, the story of a lost love in the idyllic and sad setting of an empty beach with melancholic songs by The Turbans or Charles Dodge.

Completing the international competition of the 19th edition of Documenta Madrid is the Spanish premiere of Un usage de la mer, a journey through the traces of corsairs and colonizers of the convulsive Mediterranean by Fabrizio Polpettini; Abrir Monte, a tribute to the resistance of what is considered Latin America's first guerrilla movement by María Rojas Arias; and Luminum, the fifth feature film by Argentine filmmaker Maximiliano Schonfeld, which depicts, without condescension, the earthly dedication of two women who have devoted their lives to ufology.

The festival's inaugural film, which will also complete the international competition section after its acclaimed participation in the last Berlinale, will be announced soon.

National Competition
The National Competition includes twelve titles that reflect the diversity and quality of films made in Spain: the world premiere of Monte Tropic, una historia del confinamiento, by Andrés Duque, emblematic of the renewal of essayistic documentary, portrays in a dreamlike way two Moroccan friends recently arrived in Spain who must define their future in the midst of a pandemic. Meanwhile, after premiering their eagerly awaited new works in the official short film section of the Berlinale, El sembrador de estrellas, by the internationally awarded Galician filmmaker Lois Patiño and Agrilogistics by the Catalan Gerard Ortín Castellví arrive at Documenta Madrid. El sembrador de estrellas, perhaps Patiño's most lyrical work, travels to the Tokyo night to draw with ease the contours of the unreal. Agrilogistics, focused on industrial agriculture, turns a greenhouse and a factory into dreamlike spaces where plants, animals and machines form a new ecotechnological framework, captured with all its cold magic by Ortín's visual talent.

Local and nearby stories have been chosen in this edition as Aftersun, the long-awaited third feature by Lluís Galter approaches an archetypal summer of camping and beach to bring three teenage friends into contact with the legend of a boy who mysteriously disappeared in the 80s. Argileak (Those who make light), first documentary short film by architect Patxi Burillo Nuin, shot in the Gipuzkoan town of Ezkio and place of Marian pilgrimage, where in 1931 two brothers had an apparition of the Virgin while returning home. El día que volaron la montaña, Alba Bresolí Aliberch's first work, tells the story of three shepherd brothers, the only inhabitants of Escó (Zaragoza) who are facing their definitive extinction due to the construction of a highway towards the Pyrenees.
Stories with autobiographical overtones will have a place, such as Una planta en el desierto, Claudia Sánchez's debut, which takes us to the space of the Saharawi camps, addressing in first person a political conflict that has been going on for decades without ceasing to be in force. La Visita y Un Jardín secreto, Irene M. Borrego's first feature film, is a very personal portrait of her aunt Isabel Santaló, a painter from the 50s and 60s who today lives humbly in her apartment in the outskirts of Madrid, including the testimony of Antonio López, the only painter of her generation capable of remembering something of her. Or Los caballos mueren al amanecer, a new work by the Navarre-born Ione Atenea, on the unfathomable inheritance of the brothers Rosita, Antonio and Juanito García that she herself found in the house where she moved to live, bridging the gap between the first person of her discovery and the legacy of these unique beings as an exercise of personal but also collective memory of a country.

Also selected for the national competitive section is Tolyatti Adrift, Laura Sisteró's first feature documentary, a contemporary portrait of Tolyatti, once the "Russian Detroit", birthplace of the legendary Lada cars, now the poorest city in Russia. O Pez volador, by Nayra Sanz Fuentes, fifth work of her series Distopías alcanzadas, takes the point of view of this animal that swims and flies to highlight the annihilating presence of human beings in the environment, which leads to the disappearance of terrestrial biodiversity. Completing the section is Un cielo impasible, a new work by David Varela -filmmaker and artistic co-director of Documenta Madrid between 2017 and 2019- which shows how a group of teenagers get together to investigate and discuss one of the bloodiest battles of the Civil War, that of Brunete in 1937, where those who were then their own age fought and died.

Corte Final
Corte Final competition, since its first edition in 2018, has hosted titles such as My Mexican Bretzel, by Núria Giménez Lorang, Pedra pàtria, by Macià Florit or Meseta by Juan Palacios. This year the following projects have been selected: Sumario 3/94, by Abel García Roure; Cuba y la noche, by Sergio Fernández Borrás; Alén Mar, by Andrés Sanjurjo; and Remember my name, by Elena Molina.

The Jury
Documenta Madrid 2022 will have nine members in the juries of its National, International and Corte Final competitions from different countries. In the National Competition the jury will be formed by Juana Dolores, actress, video artist and writer; Juan Barrero, film director, producer and teacher and María Campaña, programmer and writer.

The jury of the International Competition will be composed of Christopher Allen, director, producer and founder and artistic director of UnionDocsCenter for Documentary Art in New York; Javier Olivera, filmmaker and visual artist; and Nathalie Trafford, producer.

For the second time, Documenta Madrid has a youth jury composed of the ten members of CineZeta, the team of young programmers of Cineteca, who will be responsible for awarding the CineZeta Youth Award to the best film among those competing in the national section. The jury is made up of: Noah Jeanne Benalal Levy, Irene Castro Rivas, Irati Cubero Azpiritxaga, Matías Gonzalo Rebolledo Rivera, Miguel Guindos López, Ana Jiménez Pita, Aitana Martínez Ortas, Bojana Ristic, Javier Rodríguez Fernández, Anxo Solián Lage (CineZeta Team).

Awards
This year, the three sections have a total of more than 36,000 euros in cash prizes for the winning films and projects. The International and National Competitive Sections will each award three prizes: the Jury Prize for Best Film, endowed with 10,000 euros for each section, the Fugas Prize, also endowed with 5,000 euros for each section, and the Cineteca Madrid Audience Award, with 1,000 euros per section, the latter awarded by audience voting in theaters. For their part, the films selected for the Final Cut will be eligible for the first time for a cash prize of €4,000.

Documenta Madrid 2022
Documenta Madrid, the International Film Festival of the Area of Culture, Tourism and Sport of the Madrid City Council, aims to recover the collective audiovisual experience understood as an activity of essential dialogue between the viewer and the cinema. In its 19th edition, the festival will be curated by two prestigious international programmers, Mariana Barassi and Diego Rodríguez, under the direction of Cineteca Madrid, headed by Luis E. Parés. Interdisciplinary creation, in situ experience, training and development spaces will be the central themes of this edition of the festival.

The festival is organized by Cineteca and Matadero thanks to funding from the Spanish Government (ICAA). It also has the Reina Sofía Museum and Filmoteca Española as collaborating venues, with the collaboration of ECAM and the support of Filmin and Institut Français Madrid.