Documenta Madrid 2021 announces the films of the competitive sections 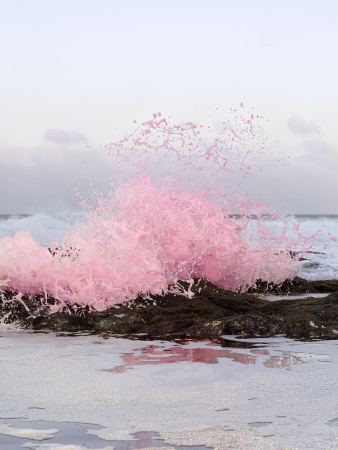 The 18th edition of Documenta Madrid, the International Film Festival of the City Council of Madrid, reveals the films competing in the International, National and Final Cut sections. The festival, organised by Cineteca Madrid, a space of the Cultural Area of the City Council of Madrid, will take place from 26 to 30 May in its on-site version and from May 31st to June 6th through the VOD platform Filmin. The award ceremony will take place on May 30th.

The festival includes two competitive sections, International and National. The new feature introduced last year whereby feature films and short films competed for the prizes in each section on equal terms, is maintained. This year Documenta Madrid adds two new Fugas awards to each competitive section, set aside to ward innovation and creative risk-taking, and an award for the best director in the National competition given by the young jury, composed by the CineZeta team, a project of young programmers of Cineteca Madrid.

The International competition combines the work of the most established and recognized filmmakers with surprising debuts in feature films and short films: after winning the main prize in Rotterdam with ‘Present.Perfect’ and having a retrospective in Cineteca, Shengze Zhu returns to Madrid with her fourth feature film ‘A River Runs, Turns, Erases, Replaces’,  a visually stunning portrait of Wuhan, her hometown, a constantly expanding metropolis that filled headlines in 2020 for sadly well-known reasons. The second feature film of Theo Anthony, ‘All Light, Everywhere’, awarded in Sundance, means the second participation in the competing sections of Documenta Madrid for the para el director American director after ‘Subject to Review’. With this new work, Anthony explores the weapons and cameras proliferation in the United States, equally growing together. The French actor Pascal Tagnati debuts in in the full feature films with ‘I Comete - A Corsican Summer’, a dazzling fiction about the daily life of a summer in the Mediterranean island Corsica. The film, awarded with the Special Jury Prize in Rotterdam, was co-written with the island residents.

The International competitive section is completed with the world premiere of ‘Sensitive Material’ by Nataliya Ilchuck, an intimate and mysterious essay filmed in 16mm that investigates the familiar and political dimensions related to the transition to capitalism in Ukraine; the Spanish premieres of ‘Abyssal’ by the Cuban filmmaker Alejandro Alonso, a ghostly film in a stranded ship; ‘Splinters’ by Natalia Garayalde, a debut edited with homemade videos about the consequences of an explosion in a military weapons factory;  the hypnotic and almost musical editing work ‘One Thousand and One Attempts to Be an Ocean’ by Yuyan Wang;  the documental fiction about a rocker about to retire ‘Jack’s Ride’ by Susana Nobre; ‘What Will Summer Bring’ by Ignacio Ceroi, a fun and moving exercise of archive use with the footage found by chance in an old camera;  ‘Ste. Anne’, by Rhayne Vermette, an auto-ethnographic work with the family of the filmmaker, members of the Métis Nation; the historic essay ‘Tellurian Drama’, by Riar Rizaldi, about an giant radio antenna built by the colonial Dutch administration in the Indonesian jungle; and the release in Madrid of ‘Surviving You, Always’ by Morgan Quaintance, a visual poem about transcendence that offers an alternative history of London.

The National Competition includes twelve tittles that reflect the diversity and richness of the Spanish cinema: born in the Centro de Residencias of Matadero, ‘A todos nos gusta el plátano’ is the first feature film of the photographer Rubén H. Bermúdez, known by his book Y tú, ¿por qué eres negro? that set a milestone in the visibility of the afrodescendant community in Spain. In this case, the filmmaker gives the camera to seven afrodescendants like him to record their daily life. León Siminiani, that returns to cinema after working in several true crime for Netflix with his new work ‘The Stillness Syndrome’, a short film halfway between fake, metacinema and documentary. ‘Mbah Jhiwo’ by Álvaro Gurrea, Spanish release after participating in the Berlinale, is one of the most unusual debuts in the last years, a unique mix of fiction, documentary and ethnography filmed in the rural en la Java, that develops the same and archetypal plot in three different ways to explore each doctrine that rule life there: animism, Islam, and capitalism.

The National competitive section is completed with the world premieres of ‘A minor figure’ by Jamie Weiss & Michael McCanne, a road movie about the journey of a Japanese terrorist in the United States; ‘Our Years’ by Clara Rus, about the doubts of a group of young film students; ‘The Hand that Sings’ by Alex Reynolds & Alma Söderberg, a playful experiment about the relationship between sound, voice and movement; ‘The Algorithm Movie’ by Claudia Negro García, that freshly explores meeting points between the online life and the body languages; ‘Winterreise’ by Inés García Gómez, a black and white musical suite from Franz Schubert; ‘Autopsy of a Journalistic Story’ by Elisa G. Carrasco, Paulina Quiroz Navarro, Alex Ruggeri Buera, Júlia Sainz & Alejandro Dueñas, that precisely analyses the construction of media news; the Spanish release of ‘Private Collection’ by Elena Duque, beautiful stop-motion animation about objects that tell about a life; and the Madrid releases of ‘Ōra marītĭma’ by Alfonso Camacho, a boundless audio-visual collage; and the tender portrait about a relationship between two artists, mother and daughter in ‘Her and I’ by Jaume Claret.

The Final Cut competition has hosted titles like ‘My Mexican Bretzel’ by Núria Giménez Lorang, ‘Pedra pàtria’ by Macià Florit or ‘Meseta’ by Juan Palacios from its first edition in 2018. The following projects will participate this year: ‘Song to a Lady in the Shadow’ by Carolina Astudillo, ‘H’ by Carlos Pardo Ros, ‘La mala familia’ by Nacho & Luis BRBR and ‘You Left at Dawn’ by Pedro Sara, all of them in the final phase of production.

Documenta Madrid, the el International Film Festival of Documentary Cinema supported by the City Council of Madrid with the collaboration of other cultural venues of the city and organised by Cineteca Madrid, a space of the Cultural Area of the City Council of Madrid, returns again to Madrid to promote the best cinema coming from all over the world, focusing on contemporary cinema and putting special interest in news aesthetic proposals, films inspired on the diverse non-fictional forms, and look into the audio-visual forms, no matter its definition, length, gender or category.

The festival includes two competitive sections, International and National, each with its own award. The new feature introduced last year whereby feature films and short films competed for the prizes in each section on equal terms, is maintained and another new feature is added this year, the transformation of the Fugas category into the Fugas Award for innovation and creative risk-taking.