'Agrilogistics' by Gerard Ortín and 'All about my Sisters' by Wang Qiong, winners of Documenta Madrid 2022 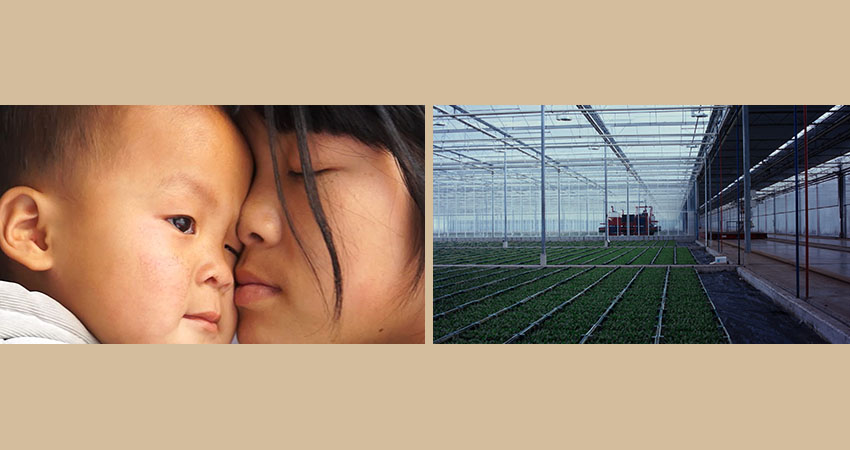 Documenta Madrid, the International Film Festival of the Department of Culture, Tourism and Sport of the Madrid City Council, has announced tonight at the Azcona Hall of Cineteca Madrid the winning films of its 19th edition. The list of winners was read by guest artistic curators Mariana Barassi and Diego Rodríguez, accompanied by Luis E. Parés, artistic director of Cineteca Madrid, and the juries of the competition categories.

The jury of the National Competition formed by Juana Dolores, actress, video artist and writer; Juan Barrero, film director, producer and teacher; and María Campaña, programmer and writer have awarded Agrilogistics, by Gerard Ortín, from Barcelona, the Jury Prize for Best National Film, endowed with 10,000 €. The jury emphasizes that the film "forges a symbiotic relationship between a neat cinematographic mechanism and a discourse that questions the automation of agribusiness. Seeds, vegetables, animals and robots for food and film production coexist in a universe where humans seem to be extinct. The film proposes an unpredictable and unprejudiced drift on a reality from which there is no return through a clear and at times dreamlike and even magical narrative".

The same jury has awarded the film Aftersun, by Lluís Galter, from Figueres, with the Fugas Award for innovation and willingness to cross borders in the national category, endowed with 5,000 €. "A sordid event triggers a unique immersion in the intimate and scenic space of a family vacation and gives way to a daring hybridization between reality and fiction. With humor and irony, the film puts in check different cinematographic genres through a game of filmic supports. From experimentation emerges a subway self-portrait far removed from conventions that endows the film with a touching subtext of tenderness and personal vulnerability," argues the jury.

The Jury Prize for Best International Film, worth €10,000, went to All about my Sisters, by Wang Qiong (USA-China). The Jury, composed of Christopher Allen, director, producer, founder and artistic director of UnionDocsCenter for Documentary Art in New York; Javier Olivera, filmmaker and visual artist; and Nathalie Trafford, producer, highlighted that in "this debut feature, the director offers a mature and risky look at a state imposition that conditions family dynamics and reproduction. With courage, she generates a complex intergenerational portrait in a raw and honest way that does not lose sight of the search for emotional redemption".

The same jury has awarded the film Rewind & Play, by Alain Gomis, with the Fugas Award for innovation and willingness to cross borders in the international category, endowed with 5,000 €, for "composing a complex piece from the experimental that deconstructs the portrait of an artist, appealing to a resistance of silences that challenges us on issues related to power and colonialism".

Czech filmmaker Hana Vojáčková was recognized with a Special Jury Mention in the International Competition for We Love Life, a historical account of the complex spectacle of propaganda that "does not forget the small human resistances that break through the rigidity of a social body subjected to control."

El día que volaron la montaña, by Alba Bressolí, from Vic, received the CineZeta Award for the best national film given by the young programmers of CineZeta, with a diploma, "for being a film that from a concrete portrait speaks of the institutional violence that has historically been exercised on the people who live in rural areas. Moreover, Bressolí achieves this without fetishizing or romanticizing life and work in the countryside, but rather it is the protagonists themselves who speak about their experience, unfulfilled desires and how this situation affects them". This is how the youth jury made up of the ten members of the CineZeta project of Cineteca Madrid, composed of Noah Jeanne Benalal Levy, Irene Castro Rivas, Irati Cubero Azpiritxaga, Matías Gonzalo Rebolledo Rivera, Miguel Guindos López, Ana Jiménez Pita, Aitana Martínez Ortas, Bojana Ristic, Javier Rodríguez Fernández, Anxo Solián Lage, argued for the award.

In Corte Final, the section aimed at films in the final stages of Spanish production or co-production, the jury formed by Ana Puentes, film director, producer and screenwriter; Arantxa Aguirre, film director and writer; and Serrana Torres, film director and producer, awarded the €4,000 prize to Remember my name, by Elena Molina, "for making an essential film capable of bringing us closer to its protagonists in an intimate and powerful way". Cuba y la noche, by Sergio Fernández Borrás, won the Jury's Special Mention "for its bravery, for being a radical cinematographic bet that manages to generate a unique and shocking experience for the spectator".

In this 19th edition the festival has distributed more than 36,000 € in cash prizes. Feature and short films have opted for the prizes of each section on equal terms.