The pioneer in African cinema Sarah Maldoror, special guest to DocumentaMadrid and the Reina Sofía Museum 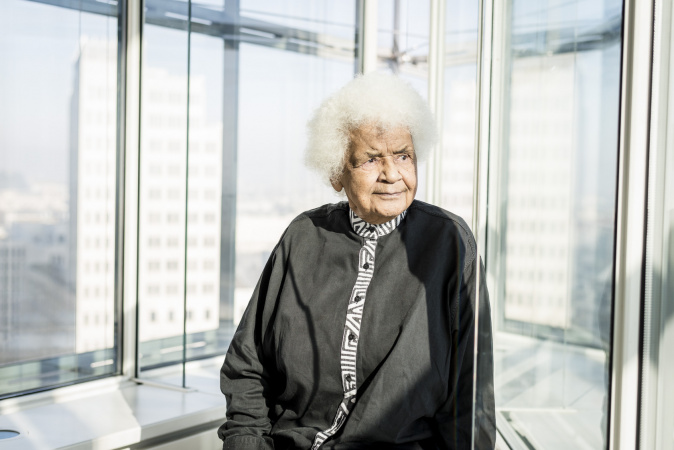 DocumentaMadrid and the Reina Sofía Museum announce the collaborative retrospective "Sarah Maldoror, Négritude poet and filmmaker", which will feature for the first time a great deal of the work by this filmmaker and artist, a pioneer in Pan-African cinema from a feminist and anticolonial approach.

The artist, activist and filmmaker will visit Madrid thanks to collaboration from the Institut français d'Espagne, on the occasion of the 16th edition of the Festival to be held from May 9 to 19, 2019. On Saturday May 11 at 7:00 pm in the Azcona theater at the Cineteca Madrid, Maldoror will present the opening session of the series with the screening of two of her most emblematic films, Monangambée and Sambizanga. On Monday May 13 at the Sabatini Auditorium of the Reina Sofía Museum, the round table "Sarah Maldoror, in context" will be held, with the participation of such experts in her work as the artist Mathieu Kleyebe Abonnenc and Olivier Hadouchi, writer and film programmer, in addition to her daughter Annouchka de Andrade, who collaborates with Maldoror and is the director of the Amiens International Film Festival.

Chema González, Head of Cultural Activities of the Reina Sofía Museum and the retrospective's curator, points out: "To us it is essential to collaborate with the DocumentaMadrid Festival to make known the importance of Sarah Maldoror, whose work seeks to find a poetic way of expressing an alternative identity and the promise of a future society offered by the new black culture emerging from anticolonialism and pan-Africanism during the 1960s".

"It is a real milestone in the history of the Festival to be presenting for the first time in Spain a retrospective with such a broad and significant repertoire of her work -including some previously unseen films-, as well as a considerable step forward in our policy of collaborating with such prestigious public institutions as the Reina Sofía Museum", explains Andrea Guzmán, co-director of the documentary festival promoted by the Madrid City Council.

Women and cinema in Africa

Sarah Maldoror was born in France in 1929 to parents from France and Guadeloupe, a French Antillean archipelago with a population of African descent. Poetry, jazz and political consciousness run throughout her thirty-eight films. Her links to poetry began when she took her stage name from The Songs of Maldoror by Count Lautréamont, considered the great renovator of 19th century French poetry. With this gesture, she sought to revitalize surrealism from the postulates of Négritude, the artistic, social and political movement of which Maldoror would be a great exponents.

"When one thinks of a figure and a trajectory like Maldoror's, one thinks of an engaged, militant cinema that serves as a foundation and basis for political struggle from the perspective of art; which mustn't make us forget the wide and fruitful relationship that the filmmaker established with the other artistic disciplines that have constantly held clout over her life and her work ", adds David Varela, co-director of DocumentaMadrid. 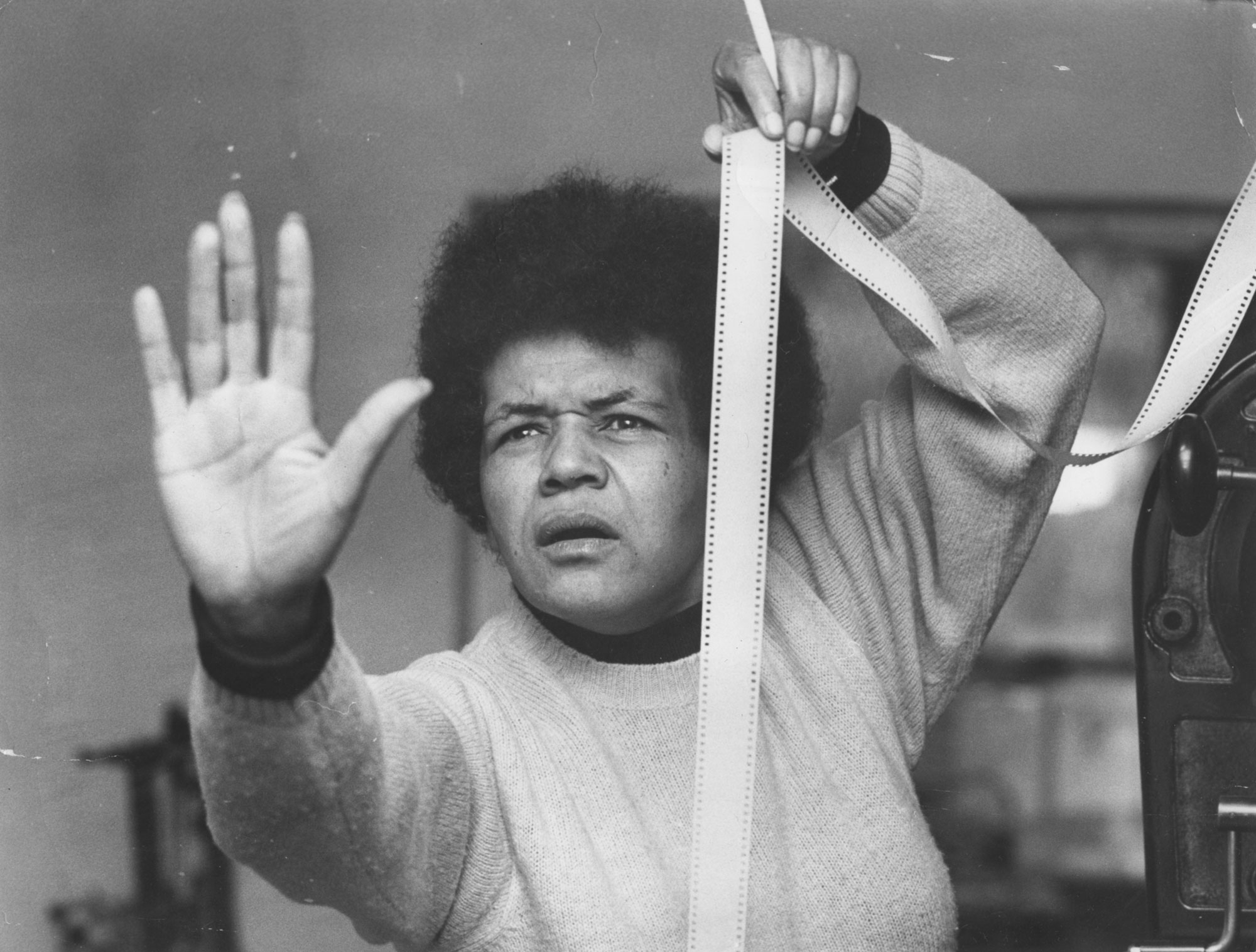 Sarah Maldoror's origins lie in the theater, when in the late fifties she founded and presided over Les Griots ("The Troubadours"), the first drama company in France composed exclusively of African and Afro-Caribbean actors, who would work along with Jean Genet to create the play Les negres under the direction of Roger Blain. This theatrical dimension, understood in its oral and performative qualities, would be critical to the way she would conceive of her filmmaking. A few years later, Maldoror studied film with a scholarship at the State Institute of Cinematography of the Russian Federation (VGIK), in Moscow. After living briefly in Morocco in 1963, she worked in Algeria as assistant director with Gillo Pontecorvo on the classic film The Battle of Algiers (1966), which will be screened as part of the series dedicated to Maldoror at the Reina Sofia Museum.

This film's influence can be clearly seen in her debut short film Monagambée (1968), in which Maldoror examines the torture techniques used by Portuguese colonialists in the Angola Civil War; the film was selected for the Directors' Fortnight in Cannes in 1971 and at the Berlin Film Festival. A few years later, she directed her most emblematic work, Sambizanga (1972), which tells the story of a woman desperately looking for her husband after he was imprisoned for his involvement in the African liberation movement in Angola.

Maldoror's work is political in nature, yet it steers clear of propaganda at the same time. So much so that the revolutionary government of Algeria confiscated her first feature film, Des fusils pour Banta (1970), a film commissioned by the government itself but was never returned to her for being too ambiguous, and which continues to be missing still today. The retrospective put on by DocumentaMadrid and the Reina Sofía Museum will include the recent film Préface à des fusils pour Banta (2011) by the artist Mathieu Kleyebe Abonnec, which features photographs taken of the shooting of the missing film and testimonies from the filmmaker herself and other witnesses.

The series dedicated to this director also includes the film The Pan-African Festival of Algiers (1970), directed by American photographer and filmmaker William Klein during one of the biggest cultural events of the late 60's in Africa. The film, on which Sarah Maldoror worked as an assistant director, can be thought of as a huge historical fresco on Pan-Africanism, as thinking on emancipation, and concludes with a resounding message: "African culture will be revolutionary or will not be".