The first weekend of DocumentaMadrid draws over five thousand spectators 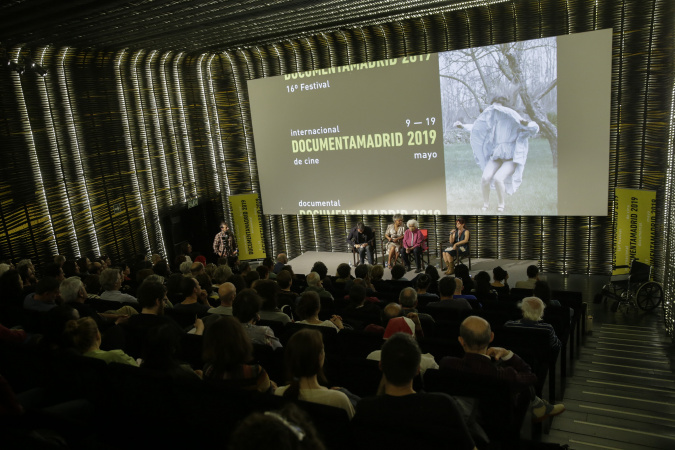 Over five thousand people attended the DocumentaMadrid Festival during an intense first weekend, which featured the visit of great international filmmakers such as the matriarch of African cinema Sarah Maldoror and the Austrian Ruth Beckermann, who received this year’s Honorary Award.

Along with the opening ceremony and the numerous public discussion, another one of the weekend's most memorable moments took place at the Nave 0 at the Matadero Madrid, where the artist Carlos Casas treated the audience to a live reproduction of the atmospheres and sounds of the most isolated places on the planet, in an expanded cinema experience of two live performances of Mutia  and Avalanche . The sound and visual installation by this multidisciplinary artist will stay at the Nave 0 for two months as part of the retrospective dedicated to him by DocumentaMadrid in collaboration with Depth of Field.

Over the weekend, numerous events have been held at the nine venues and cultural centers in seven districts hosting this Festival, which is promoted by the City of Madrid and will last until May 19. With The Waldheim Waltz, a film recently awarded at the Berlin Festival, Beckermann opened the film series in collaboration with the Filmoteca Española, which can be seen at the Doré Cinema throughout the month of May.  At the same time, as part of the programming for the retrospective dedicated to Maldoror, the Reina Sofía Museum held a round table with experts on her work; in the Casa de América, the film by Jacinto Esteva Far from the Trees inaugurated the film correspondence of several countries in the Signed Mirrors film series; and at the Círculo de Bellas Artes and the Complutense University of Madrid, the first films in the War Scenarios series were screened; while at the Institut Français of Madrid Nicolas Philibert presented his latest film, De chaque instant.

Starting Thursday, May 9, the Cineteca Madrid will be receiving visits from over eighty international filmmakers who have come to talk with the public about their films over the following days. The Belgian Emmanuelle Bonmariage was in charge of kicking off this year's edition with her refreshing film Manu , while an excited Agostino Ferrente moved audiences with Selfie , its peculiar self-portrait of youth in southern Italy. In addition, Xapo Ortega and Xavier Artigas opened debate on the harsh reality of immigration with Idrissa, Chronicle of an Ordinary Death, and those who journeyed to the jungle of Peru at the screening of the film By the Name of Tania got the chance to chat with its directors Mary Jiménez and Bénédicte Liénard about the process shown in the film of human beings suppressing their own will.  The Fugas section featured radical and risk-taking films by such international directors such as Susana de Sousa and Christine Hürzeler,  while the short film sessions sparked lively discussions with young directors like María Elorza and Andrea Morán.

Halfway through the festival

All bets are on until Friday at twelve noon, when the juries will announce the film winners in the various categories during the reading of the awards list, when over sixty thousand euros in prize-winnings will be granted. And it will be on Saturday during the festival closing ceremony that the winning film of the Audience Award will be announced. With their vote, spectators who come to the Cineteca Madrid this week will get to vote for the winning film and have the opportunity to meet filmmakers like Stéphane Riethauser (Madame) and Eric Pauwels (Journal de Septembre) at the screenings of their films. On Thursday, May 16, the Brazilian filmmaker Marília Rocha will open up a conversation with those attending the Casa de América about an ongoing project on the relationship between cinema, literature and landscape.

Once again, the classrooms are making their return to documentary cinema, thanks to young people from high schools who are attending the festival with their teachers, in educational sessions that also include the participation of the directors of each film. Issues dealing with the future of cinema are also present at the two meetings that continued the ongoing Seminar Pedagogies of the Creative Process, where over 150 participants talked about the critical and creative approach to film and audiovisual education.

In addition, all the professional activities of DocumentaMadrid were filled to max capacity. Both the round table organized in collaboration with Drax Audio, as well as the one dedicated to the creative possibilities of Artificial Intelligence and the meeting with the Editorial Director of the channel ARTE, Bruno Patiño in collaboration with the Institut Français. At this meeting place for anyone interested and for documentary filmmakers, on Tuesday the 2nd Corte Final Forum will begin, in which four films will get invaluable advice and support to help them complete their projects under ideal conditions, as they are all in an advanced state of postproduction. 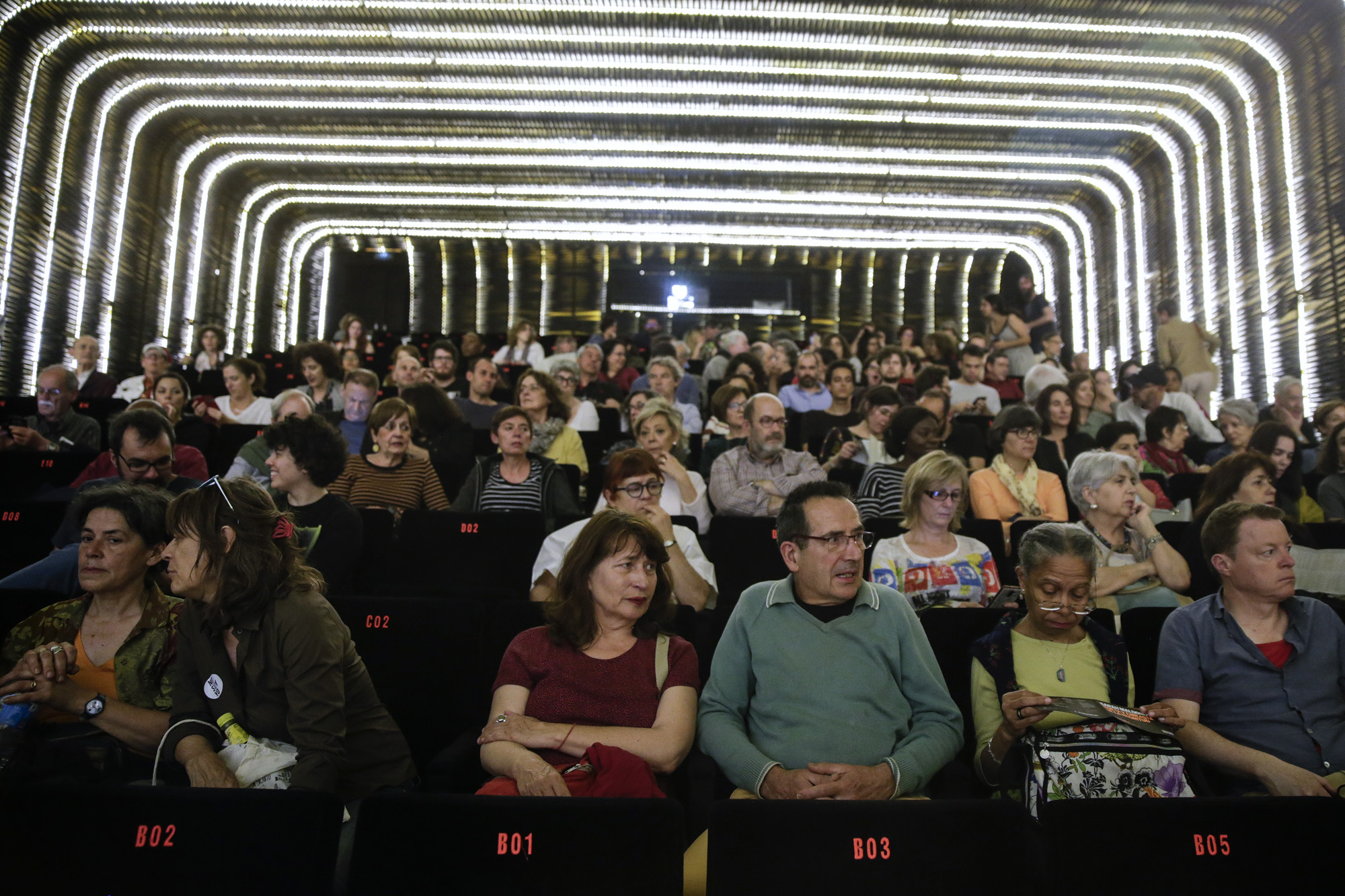